Hurricane Irma definitely gave Florida a good scare. While Irma ultimately didn’t hit South Florida (and thank heaven because it pointed at my house a few times), she did give us plenty of time to stare at the forecast while remaining in the cone of death. Luckily for us a ridge of high pressure formed at the perfect time to push her just off the coast so we didn’t connect with the eye wall, but we still got battered by some heavy 70-100mph wind gusts. As is always the case with these storms, we were thankful for minimal damage (and for keeping power all the way through the storm), and always thoughtful of those who were negatively effected by the impacts of this storm.

Hurricane Irma did however skirt our coast just enough to create a few days of good surf for the sunshine state. Monday after the storm I found waves and surfed at 3 different beaches in the area. The first test for good surf was at Boca Inlet, which saw some semi unruly conditions, and plenty of closeout barrels that looked like major board breakers. I met a couple of buddies on the beach and after scoping out the conditions deemed that was not the place to be for the day.

Leaving that spot I met up with my cousin and we proceeded to try to get onto Deerfield beach, which would have better sandbars and outer reefs, but would also be fortified with some decent police blockades. Hearsay was that the blockades would be gone around 10, but our efforts to bypass the multiple blockades were thwarted at every turn. From that point we decided the best course of action was to head north, which meant going as far as we could getting around closed bridges, downed powerlines, and downed trees. We jumped off of A1A and headed north to the nearest access and ended up in north boca hunting for waves. After some hunting we parked along the grass in a spot that isn’t normally a spot, to find pumping overhead barrels coming through on a very shallow sandbar. Paddling out didn’t pose much of a challenge, but once I was out there I saw some heavy mutant-looking barrels coming through, both lefts and rights.

High tide started approaching after about an hour of brown chocolately barrels and wide open faced rights, and the waves started to die down in size and mellow out a little bit with more water over the sandbars. Barrels became more makeable and kept coming through consistently for another 2 hours or so before going flat. 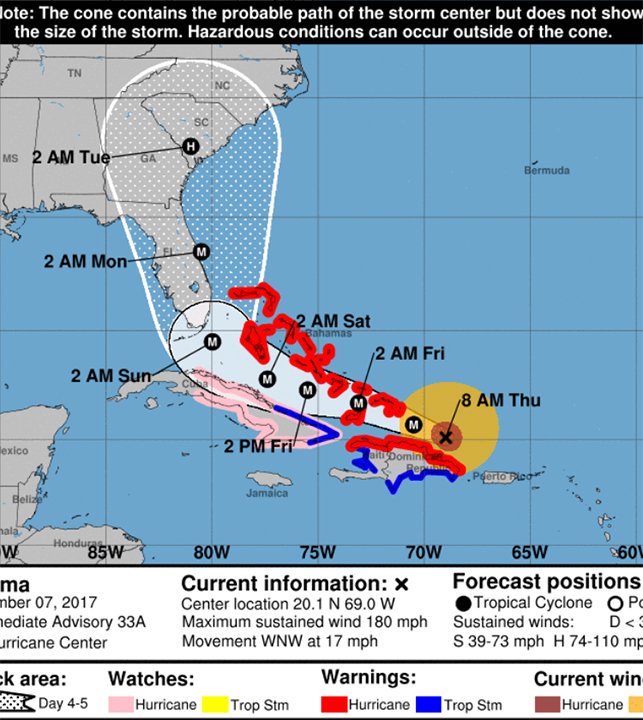 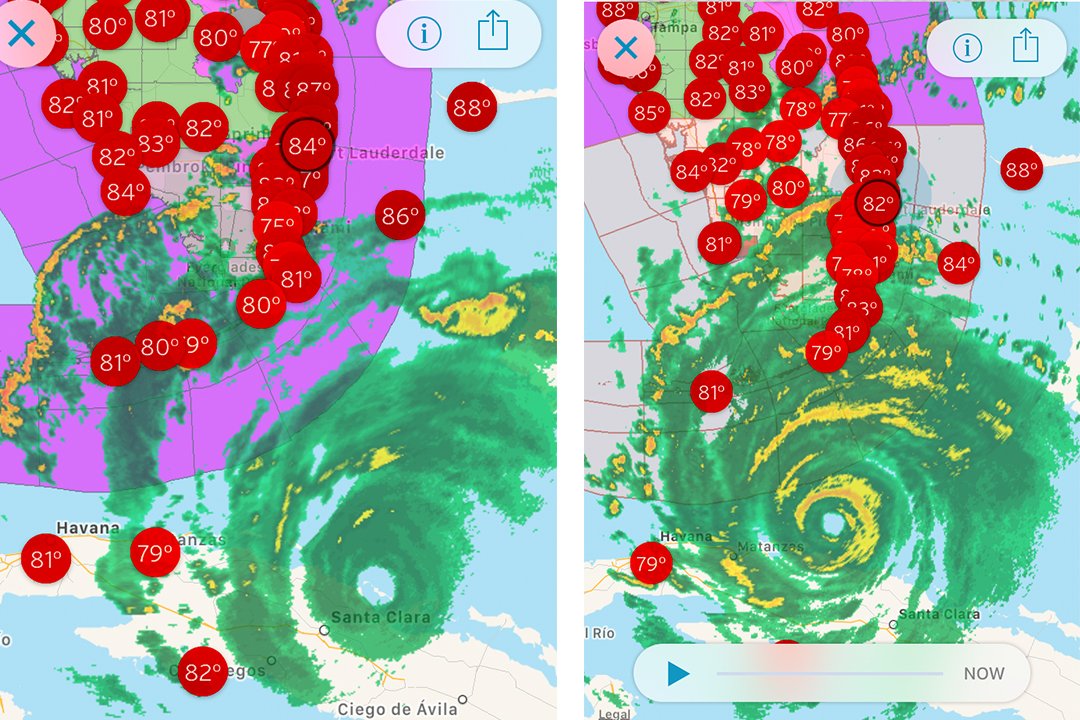 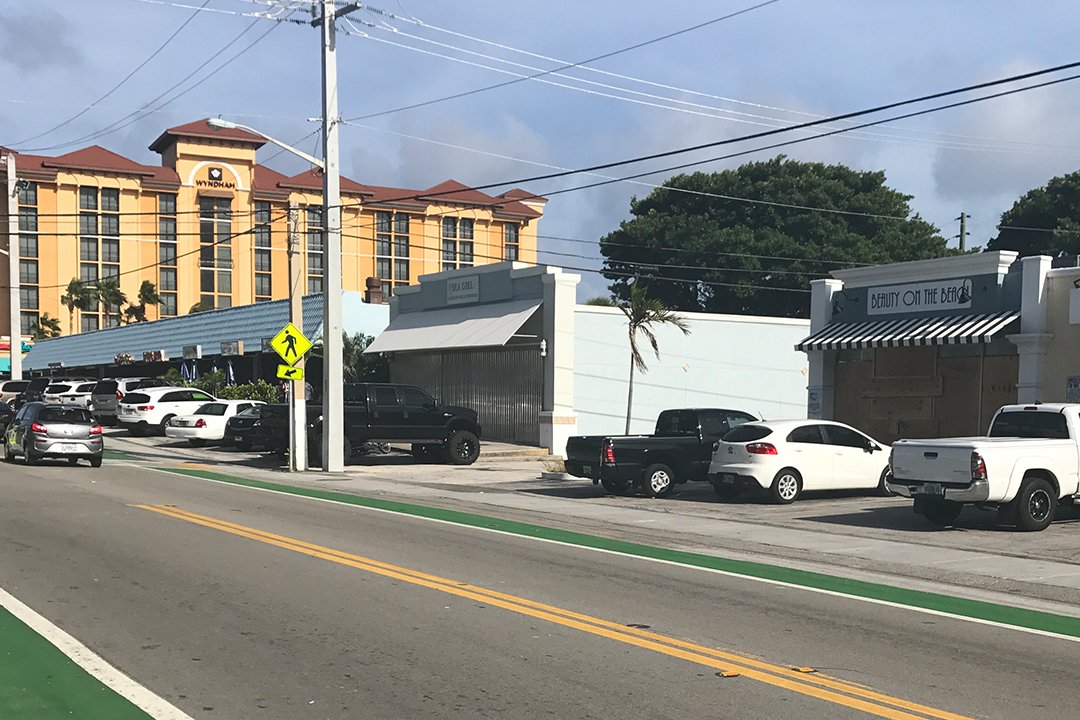 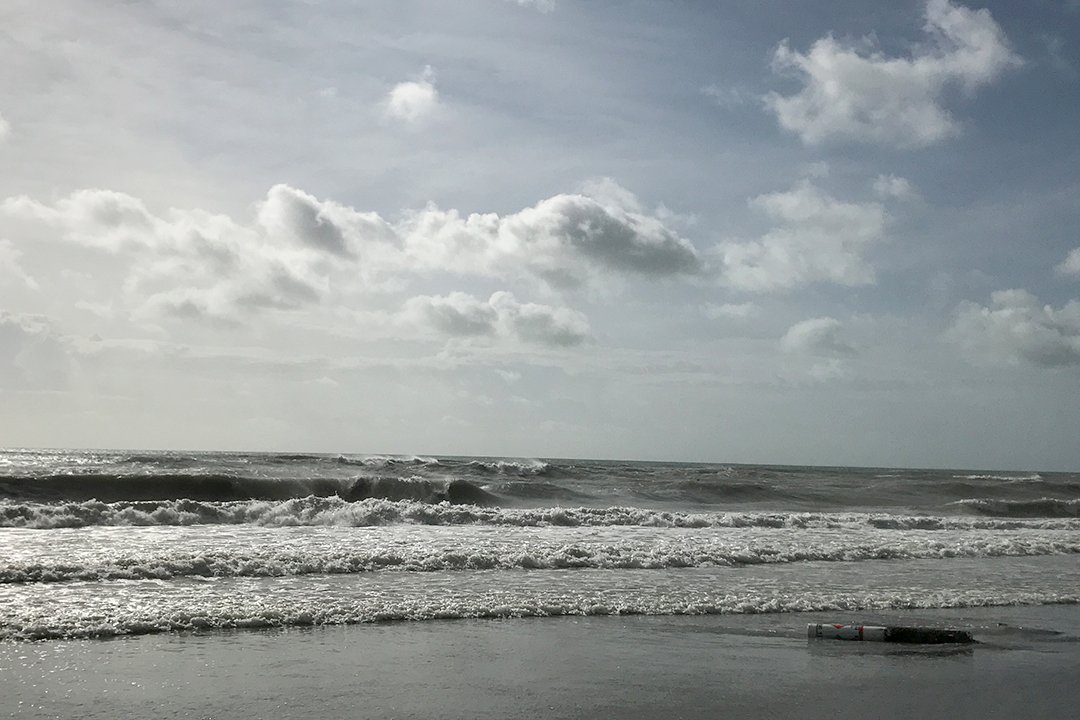 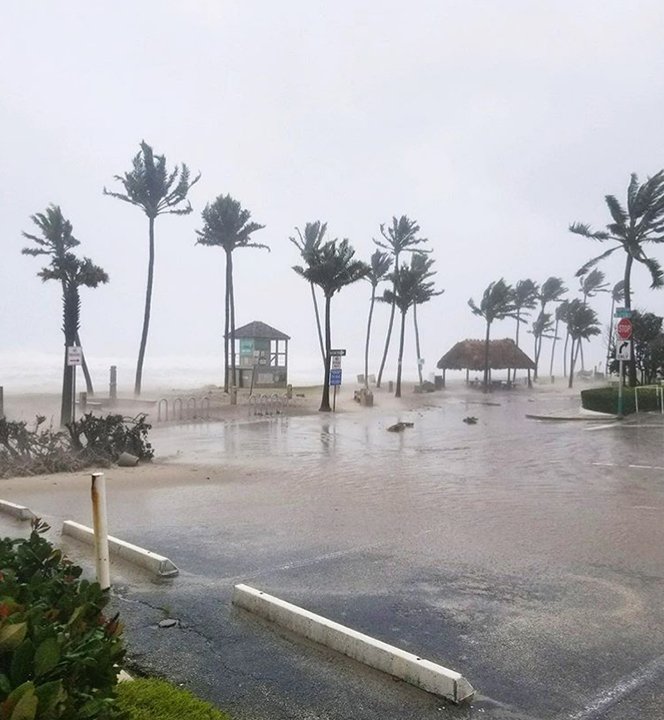 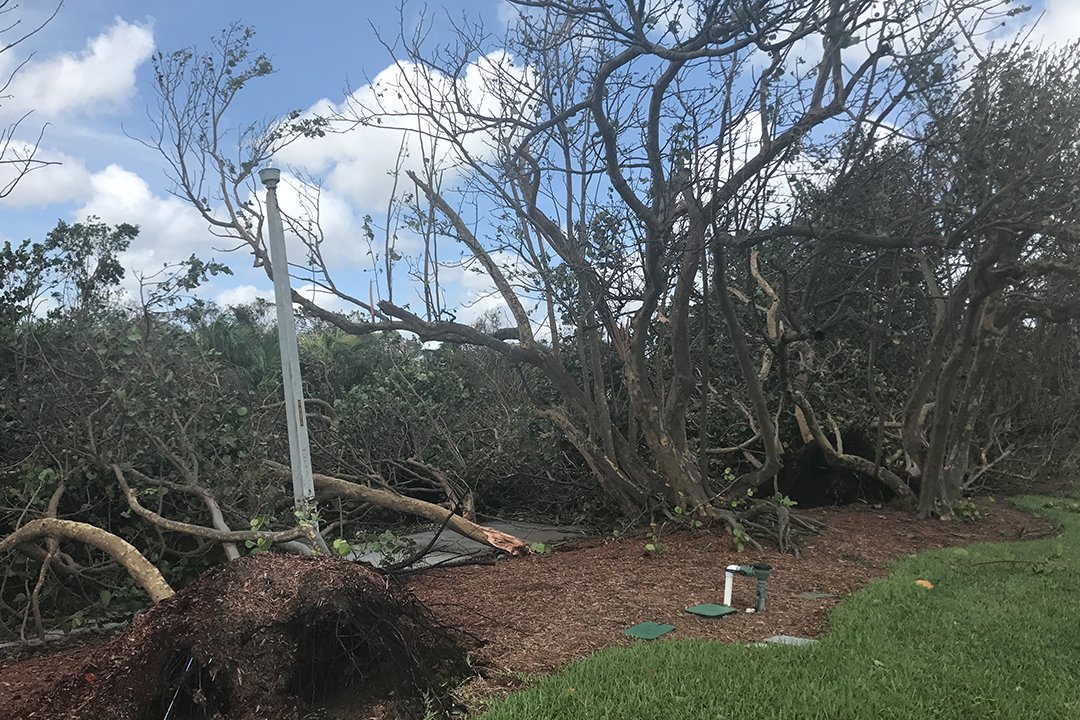 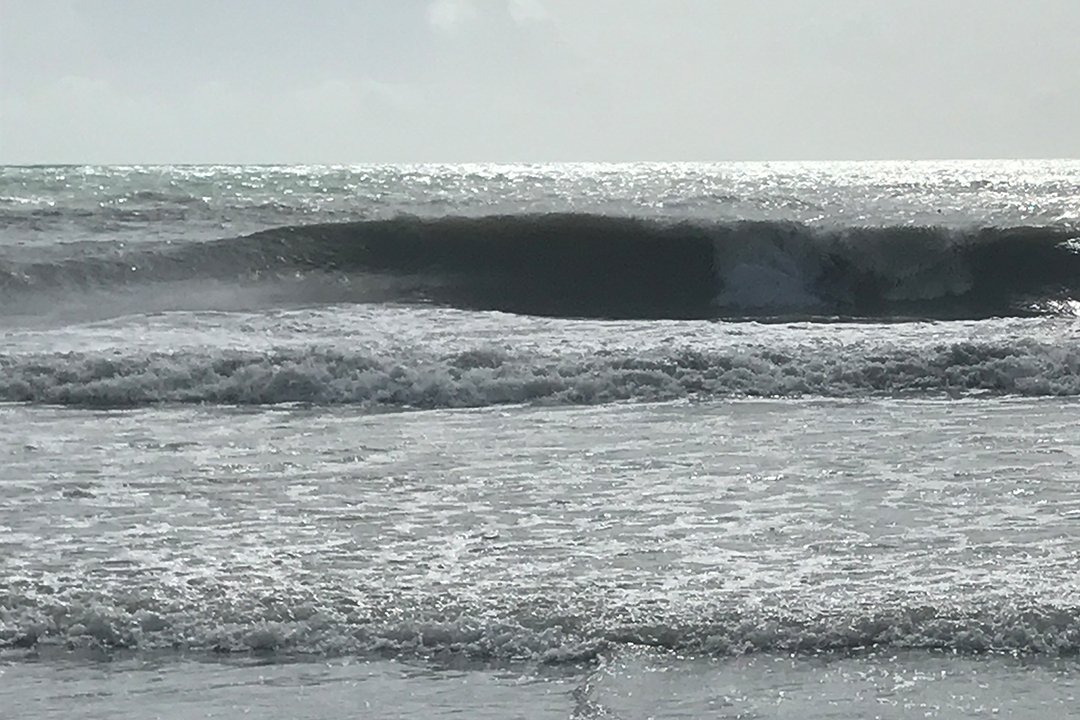 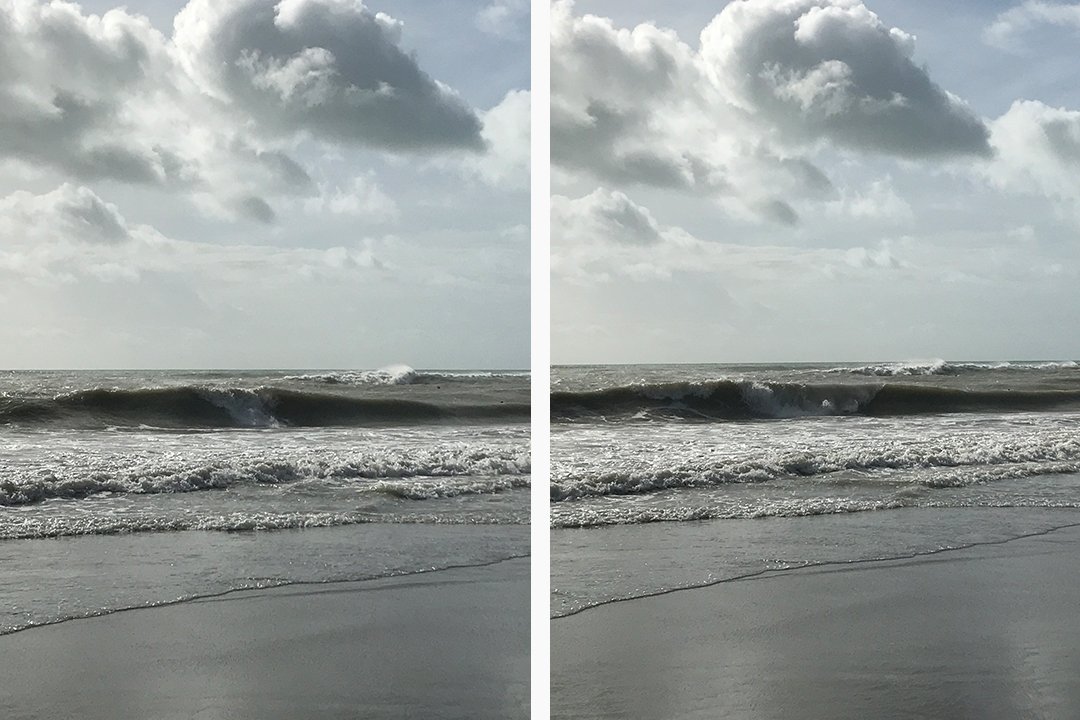 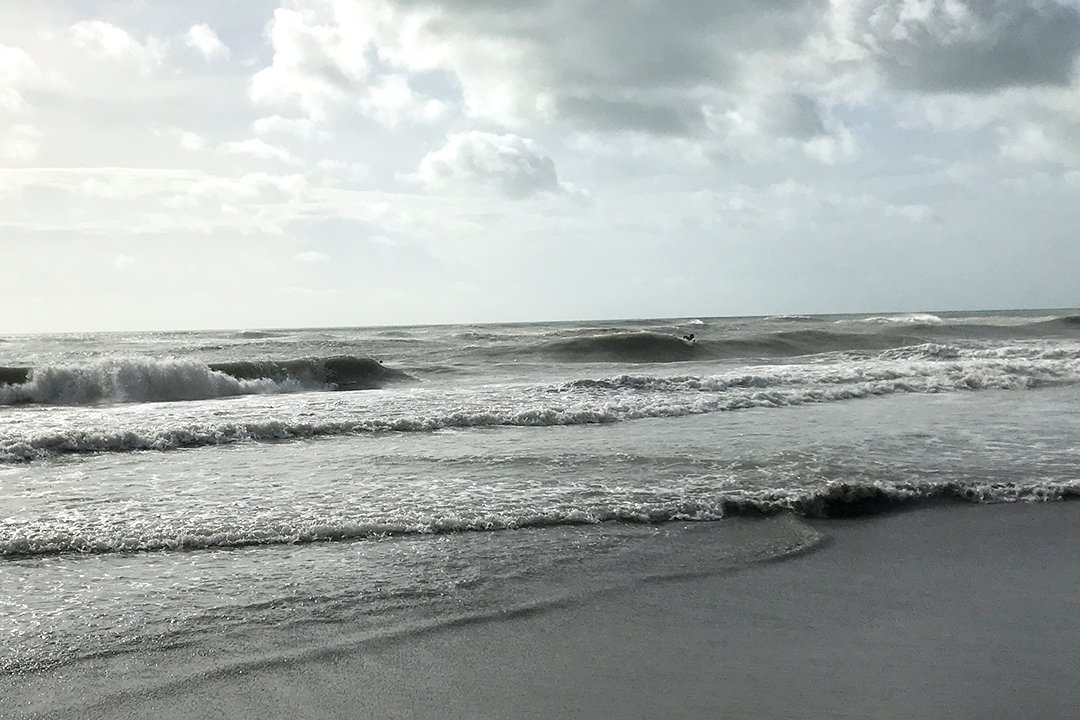 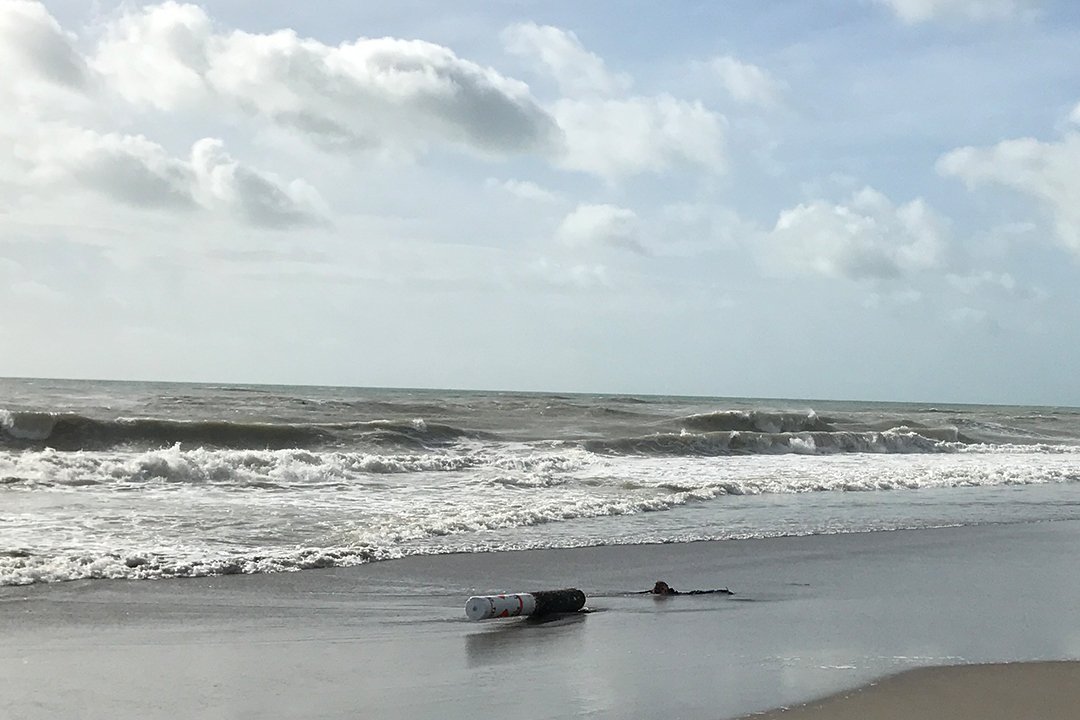 The second day of this event we were greeted with swell coming from a little further away, and at a way more favorable angle from the Northwest. What that means is larger interval swell, and more size. Day 2 saw more favorable winds and a waist to chest high wave all day. Day 3 of Hurricane Irma surf was something special. Dawn patrol at one of my favorite spots yielded some long lefts coming through the lineup with not the faintest sight of a closeout wave. At this point in the hurricane’s path, waves were making their way all the way up the Eastern seaboard, with amazing waves hitting Long Island, NY ahead of the storm (pictured below). To make things even better, everything was still closed due to power outages and there was no need to be anywhere else, or to pay parking meters!

This newfound angle of swell groomed the lineup even more, and the new direction cleaned up the water color along with it. Waves started early in the morning with the low tide around the waist high range, and when the high tide started moving in, so did the size of the swell. By the time mid-afternoon had come, the swell moved up considerably in size and interval, creating some of the best barreling surf South Florida has seen all year. Crystal clear head high to 2ft overhead barrels were to be had for all. Spots were breaking like this from Palm Beach down to Deerfield in similar fashion, and there was no place to be that had a bad wave. These were waves of consequence however. I saw plenty of broken surfboards, and even took a trip to the hospital myself after a failed tube ride sent a board over the falls into my temple on my final wave. Totally worth it.

I think the pictures below will speak for themselves. 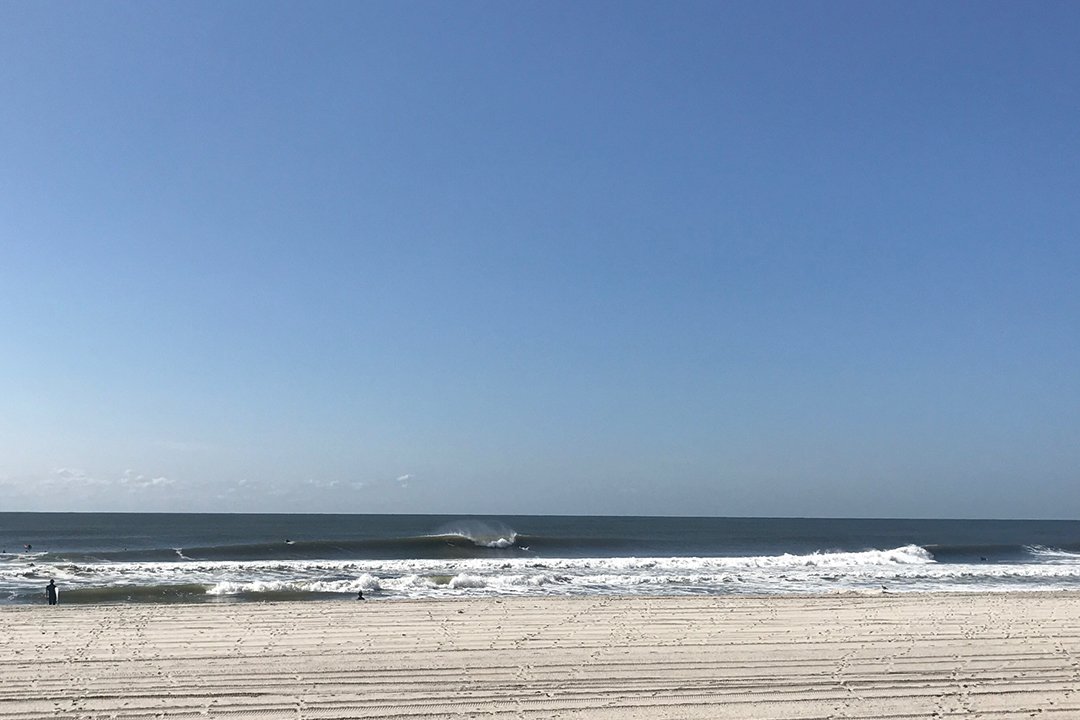 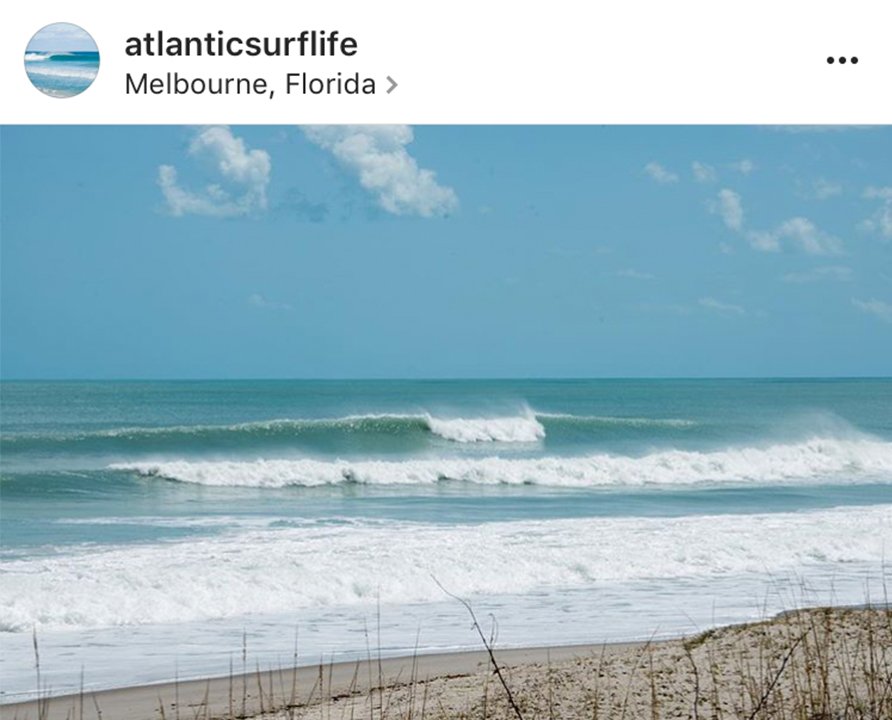 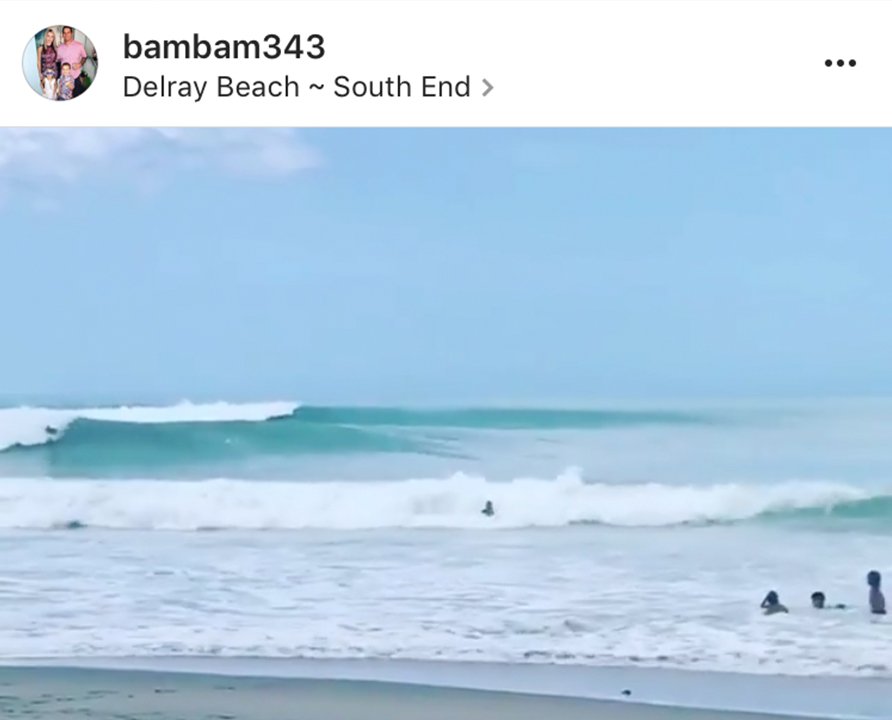 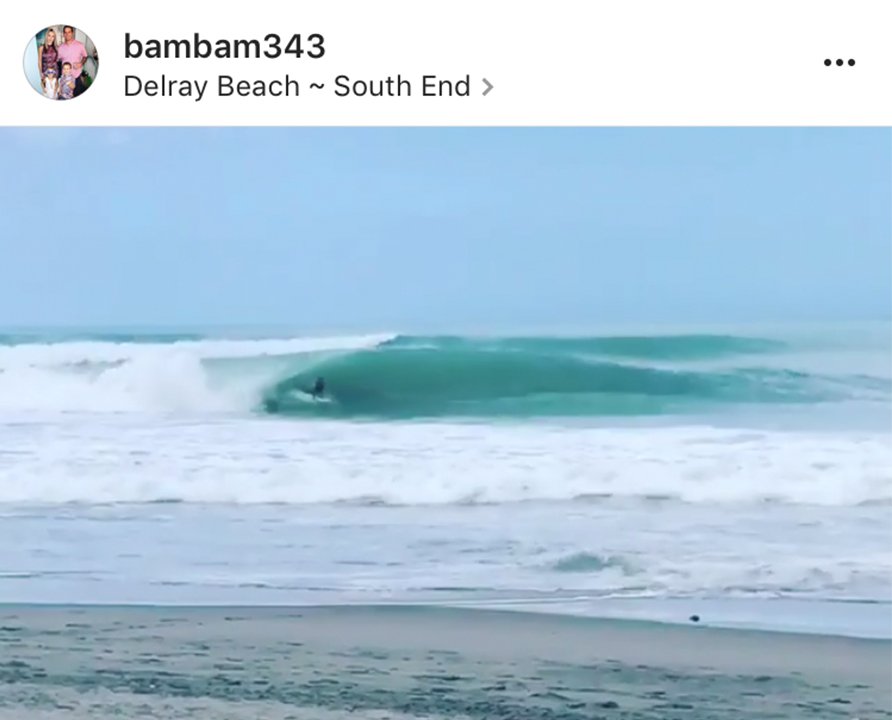 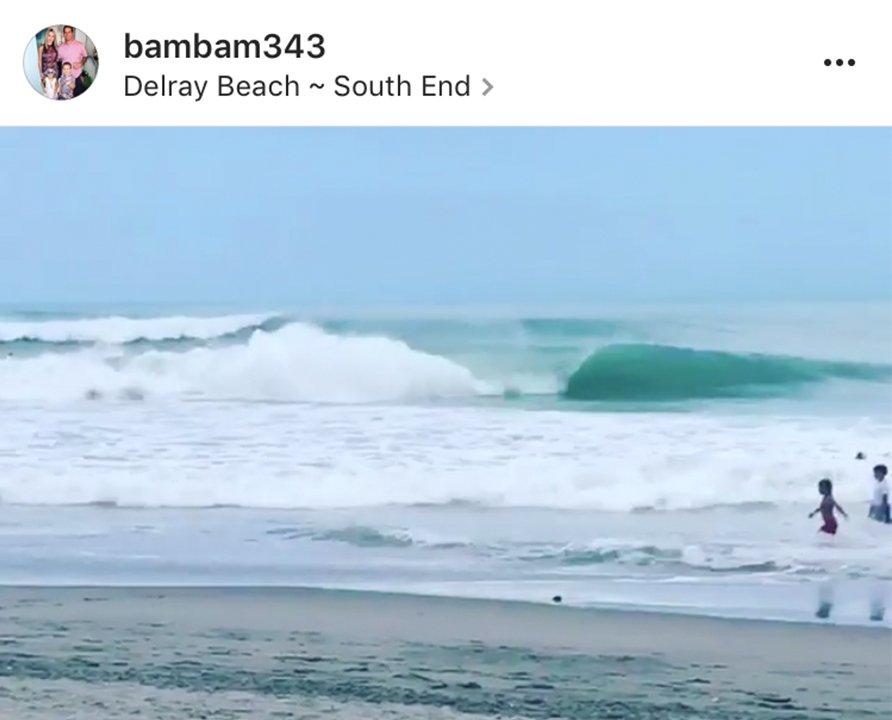 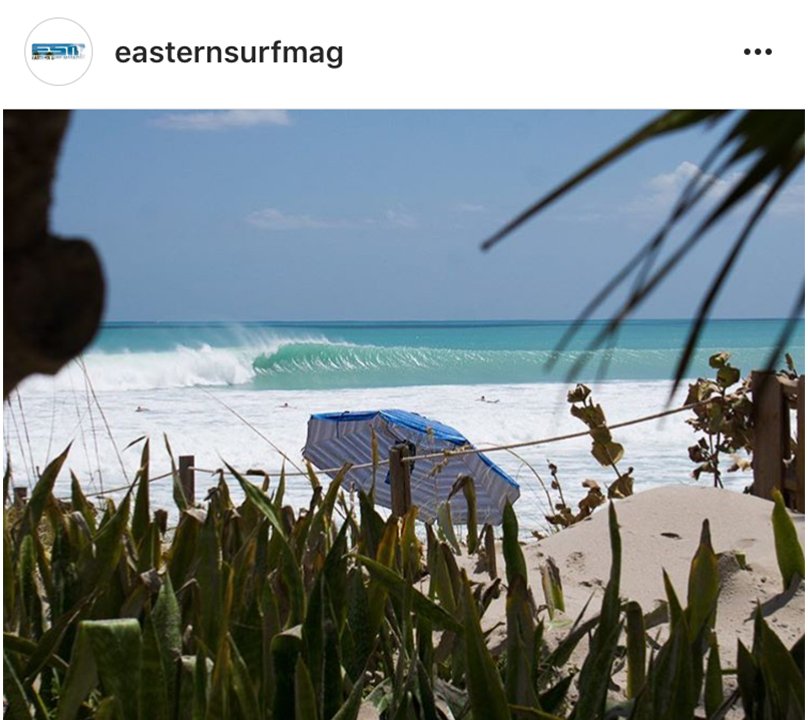 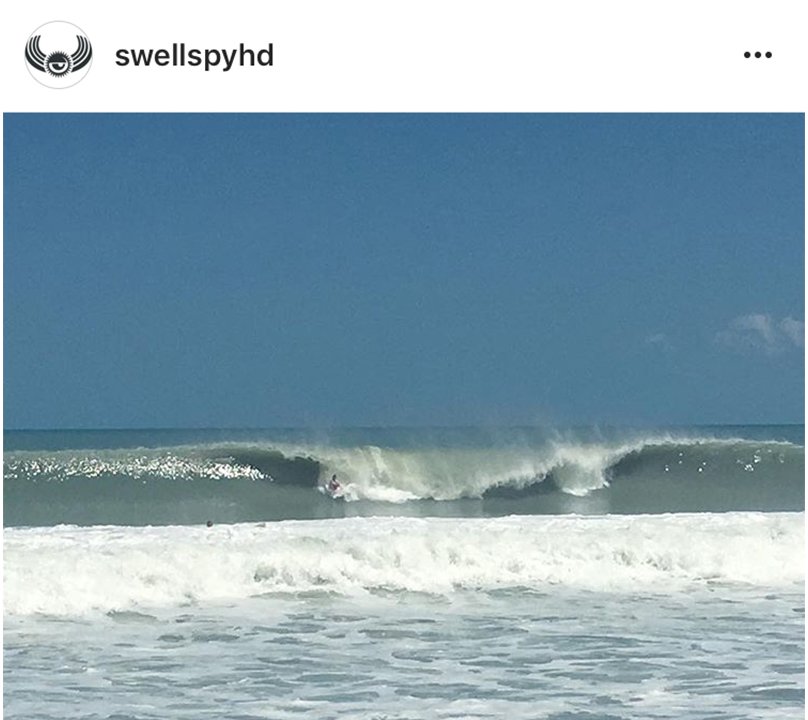