On a car ride to surf the glacial Kananaskis river in the Canadian Rockies my friend Tristan asked â€œ Why do you think women arenâ€™t doing airs in surfing?â€

Iâ€™m not super versed in ocean surfing, Iâ€™ve done it a handful of times and although I love it I tend to stick to my inland river roots. But I thought about the reasons, â€œCould it be a matter of physical ability or strength, a biological limitation?â€

His response was more or less no, if anything it should be easier for women because theyâ€™re smaller and lighter. I thought back to my snowboarding days and how I was completely content to not be as good as the guys I rode with. They would sing my praise for doing a 360 or board sliding a kinked rail, the kind of tricks they learned in the early stages of their snowboarding career and of which took me years to dial in. But because I was a girl trying and landing these tricks it was only impressive to my fellow male riders because I was a female. I was living up to the stupid stereotype of â€œbeing good for a girl.â€ My expectations for myself werenâ€™t set high enough.

As women we are use to men being ahead of the game in athletics, academics, and business requiring us to have to work twice as hard to prove ourselves. This doesnâ€™t imply that we donâ€™t push ourselves but I think itâ€™s fair to assume that many of us hold ourselves to lower standards than men do. Is it our fault? Well, maybe a little bit but it’s mostly due to generations of societal conditioning. We want equality within athletics but yet many of us arenâ€™t pushing ourselves as hard as men. This is one part mental and 3 parts societal conditioning but I believe we can break through that. 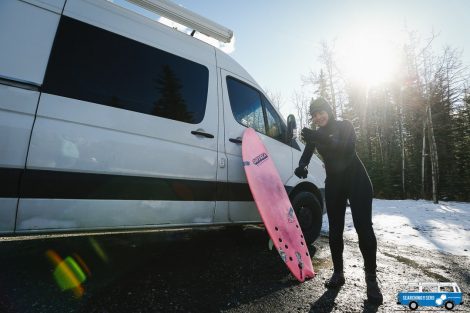 Itâ€™s time we stop being okay with not being as good as the top men in our sports and hold ourselves accountable to be the best. As I was putting on my 5/4 wetsuit I was feeling like it was time I start showing up for women. Every time Iâ€™ve been out surfing at the Kan Iâ€™ve been practicing my carving, not daring to venture out into trick land. I felt like there was still too much room for improvement in my carving abilities. But this time I thought fuck it, Iâ€™m going to try something new. I went for my first 360 on a shortboard. Did I stick it? Definitely not. But the simple act of trying it brought back that tenacious determination to not be the best female river surfer but to be the best river surfer. 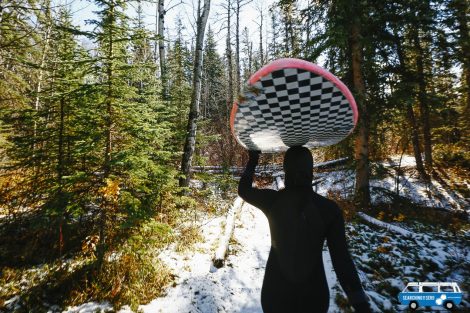 I tried again and again, each time one of the guys would give me a tip and Iâ€™d get closer and closer. And when I went back to working on my carving that day it flowed and felt easier. Trying new tricks not only makes us more advanced surfers but it also gives you a more comprehensive understanding of your body, your board, the wave and what you can do with those three things.

I realized I hadnâ€™t seen a single women try a 360 at that wave before and I think itâ€™s because we think in such a systematic way. We want to make sure weâ€™re taking all the steps in our progression as an athlete. Itâ€™s harder for us to jump ahead a few steps just for the hell of it. Weâ€™ve been socially conditioned to be okay with not being as good as the guys. It doesnâ€™t mean weâ€™re not trying as hard, we are trying but we spend too much time trying hard within our comfort zone. Thereâ€™s nothing or nobody stopping us from being the bestâ€¦except ourselves. Even with the limitations that society bestows upon us as women itâ€™s no excuse for us to accept mediocrity.

I am a woman and I am a surfer. My gender does not determine what kind of surfer I amâ€¦I do. 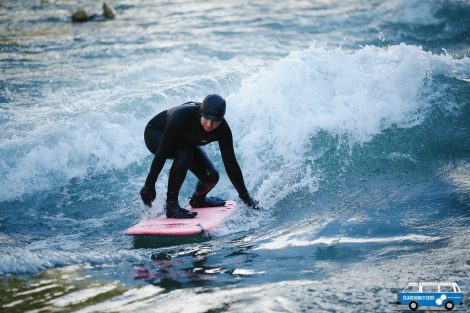 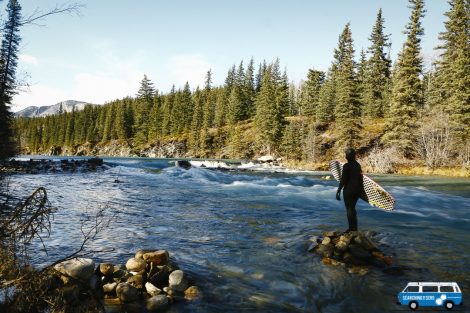 All Photography by Searching for Sero’s John Rathwell

One thought on “I Refuse to be Good for a Girl”