Not on it, Will there be a Refraction Swell?

Honestly I hadn’t really been paying attention to the surf for the past 4 days. A trip down to Key West will do that to you.

Monday evening it looked like a fun little longboard wave was coming in, but the tide was rising so I opted out and went to climb some rocks instead at Project Rock Climb. It’s a great cross-train to work on shoulder and back strength.

My friend Janet (who provided all of the wonderful pictures below) showed me an awesome photo of that evening somewhere in West Palm, so I’d figured something might stick around for the morning.

Refraction swell is always a tricky thing to predict. The swell has to come down from the north at just the right angle to bounce off of the Bahamas and come back to us. But this time it happened to work. ?

Surf is Looking Alright, Time to Wake Up!

I woke up pre-dawn to do the one eye surf cam check which didn’t look very good at first glance. I almost opted to have a conference meeting with my pillow. As luck would have it, I saw a decent sized set roll through that kind of woke me up just as I was about to call it quits.

So up I went! I packed my last small small wave option (2 are out of commission as I do small repairs to them) a wetsuit top and fullsuit, some boardies, and was off to the beach. Caught every green light too!

The surf looked fun at first glance. There was a semi-decent NNW wind on it which was adding some texture, but it wasn’t shutting down the line. The tide was a little high making it almost too deep for some waves, but every few minutes a nice looking waist high wave would come through.

Paddled Out with the Local Crew, Surf was F-U-N!

Only the local crew was out which made it more appealing. We only had about 8 people in the lineup – Rachel, Mike, Des, a couple others (I don’t know your names sorry!) and Janet and Chris (Slave to the Wave) were on the beach documenting the surf, which was great, because the waves shaped up and got bigger for a power hour of surf!

My equipment wasn’t really catered to the surf when I first got out in the lineup. It was good for a few pumps to outrun the whitewater but wouldn’t give up any open face for turns. There was a funky backwash coming off the beach, and it kind of felt like sitting in a mellow mosh pit.

My longboard friends were loving life though, catching rides most of the way to the beach on the fun ones. After about 30-45 minutes the tide started pushing in some bigger waves and it turned on for an hour.

A few proper set waves came in at chest high, with a few starting out head high before tapering off to the waist high range down the line. There were mostly lefts, but a couple of against the grain rights were coming through and holding up.

Overall it ended up being a pretty fun session regardless of the winds, sharing waves with our small crew and not getting hassled for waves. Am I happy I paddled out? Heck yeah!

Photos below provided by Janet (To see more of her work visit the JROGallery): 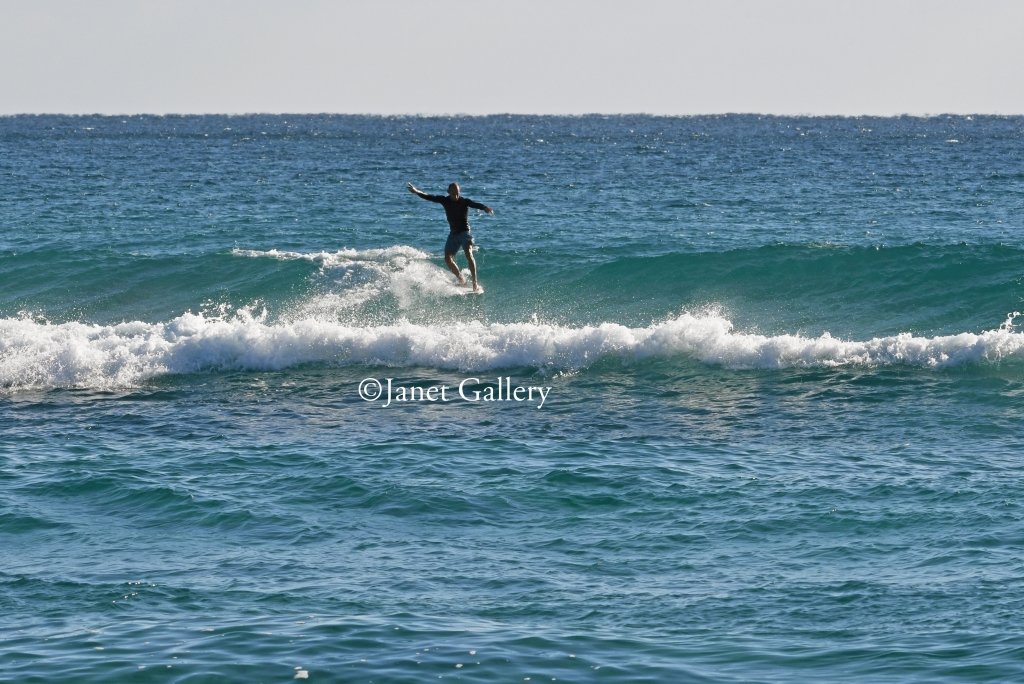 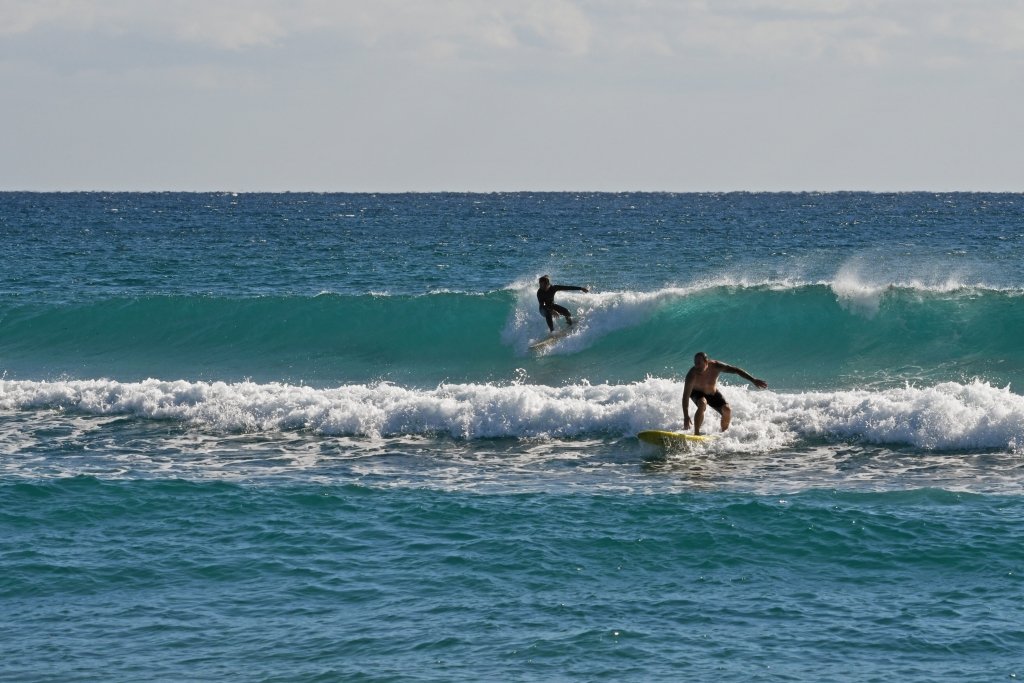 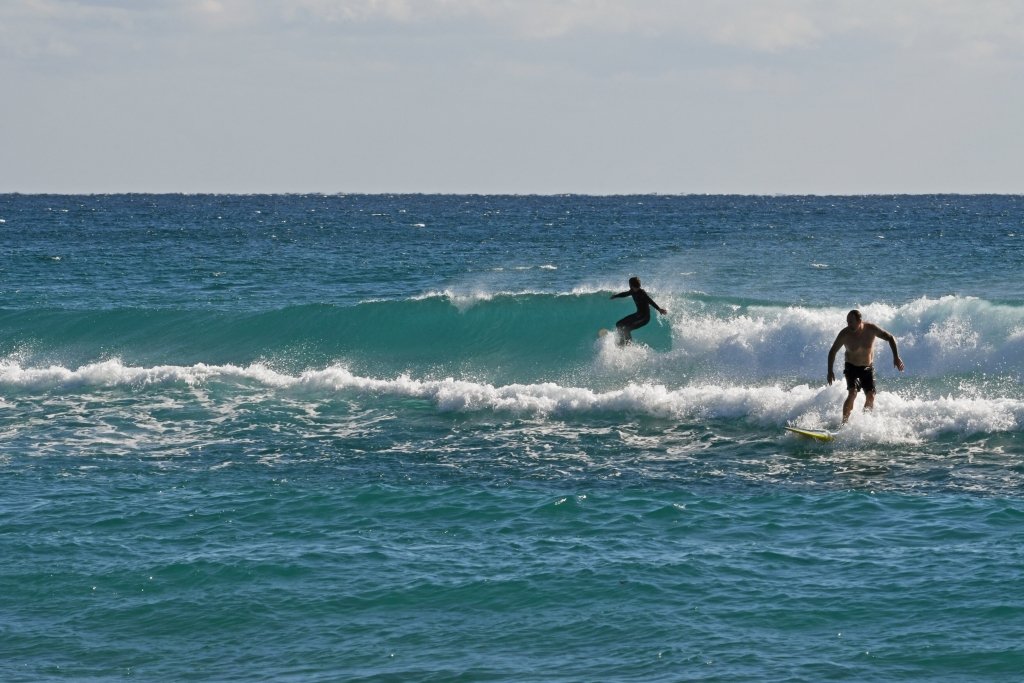 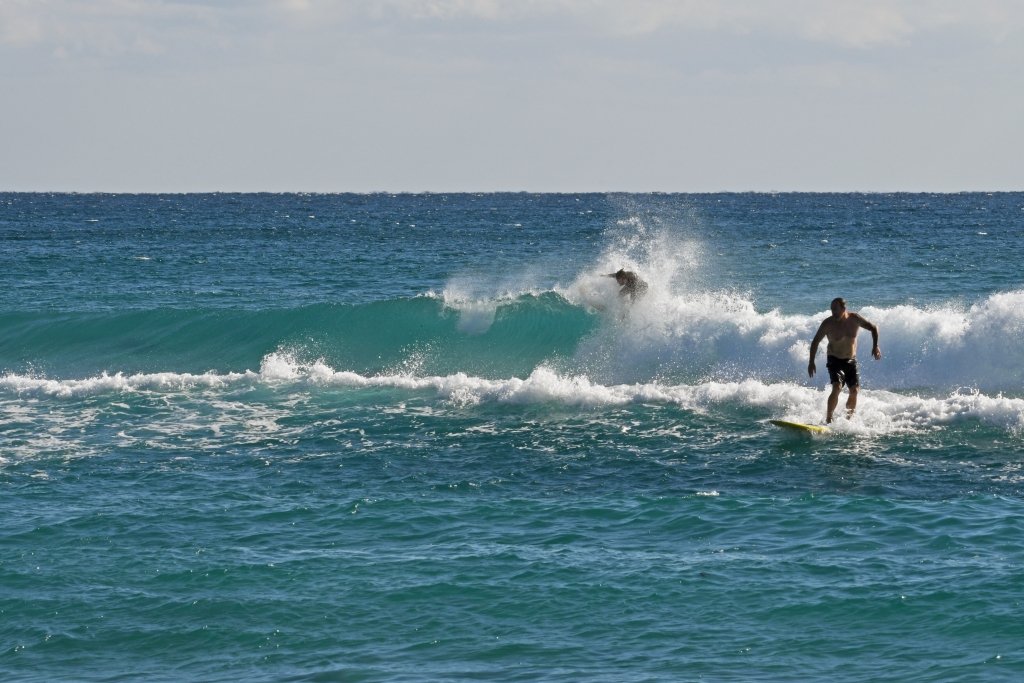 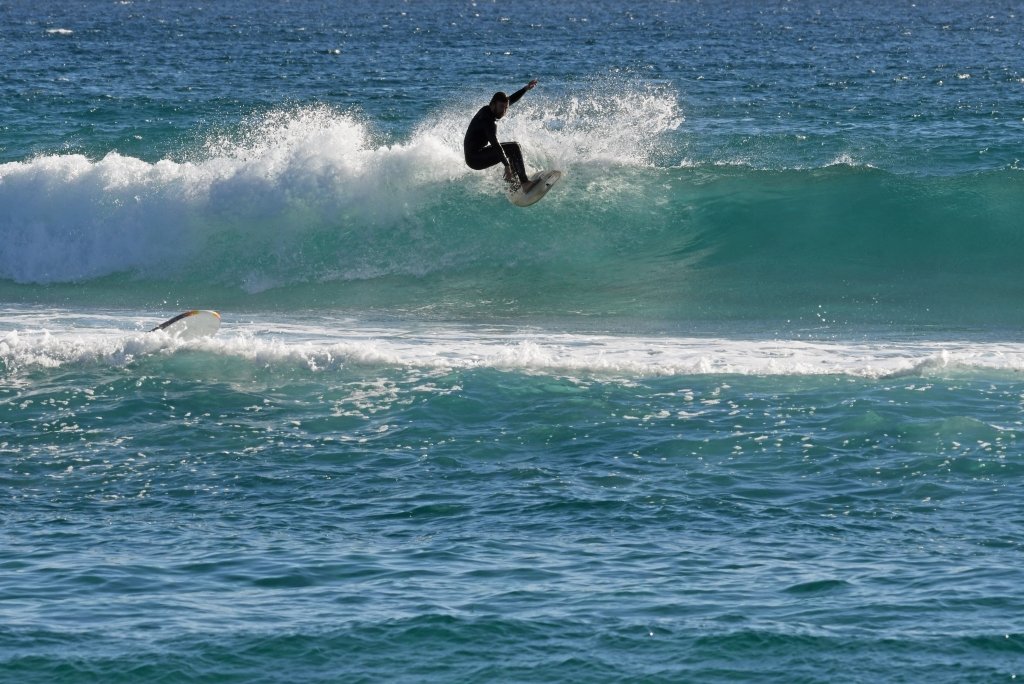 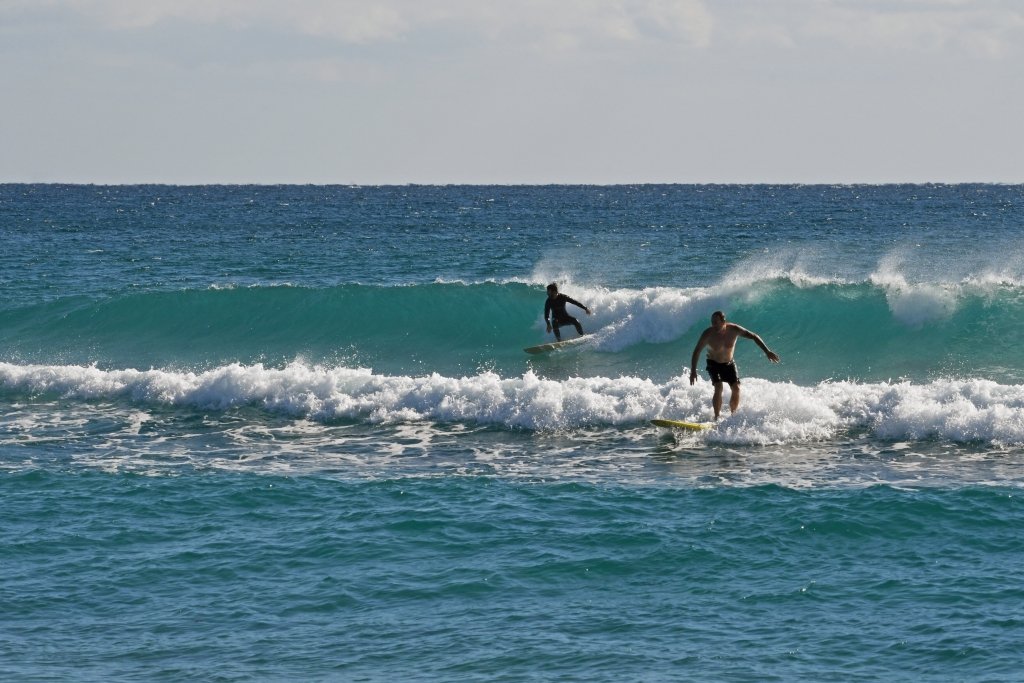 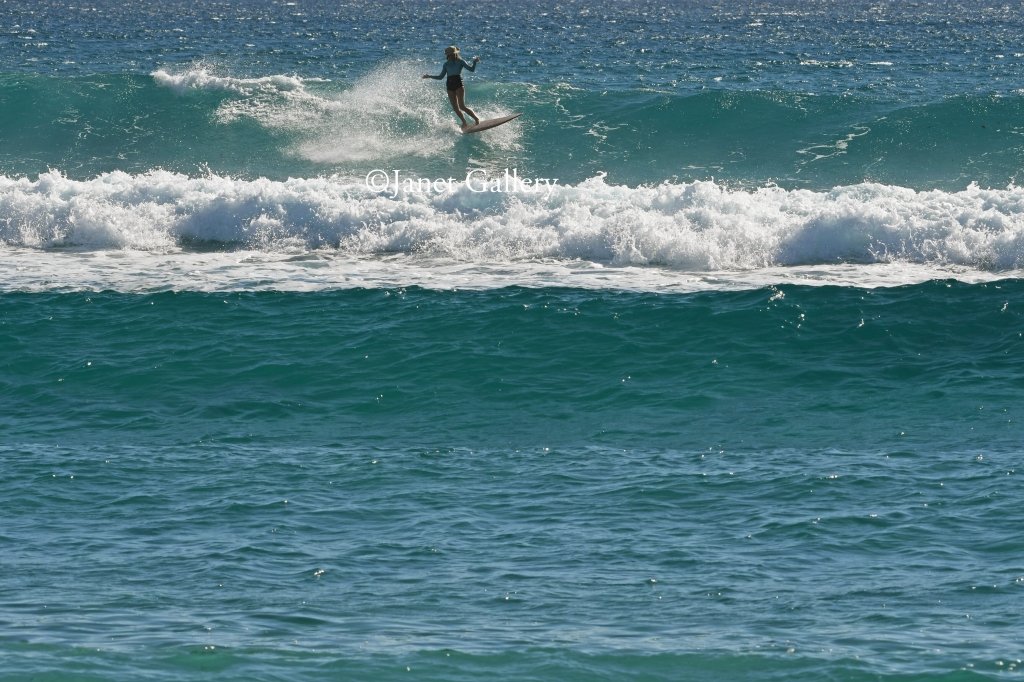 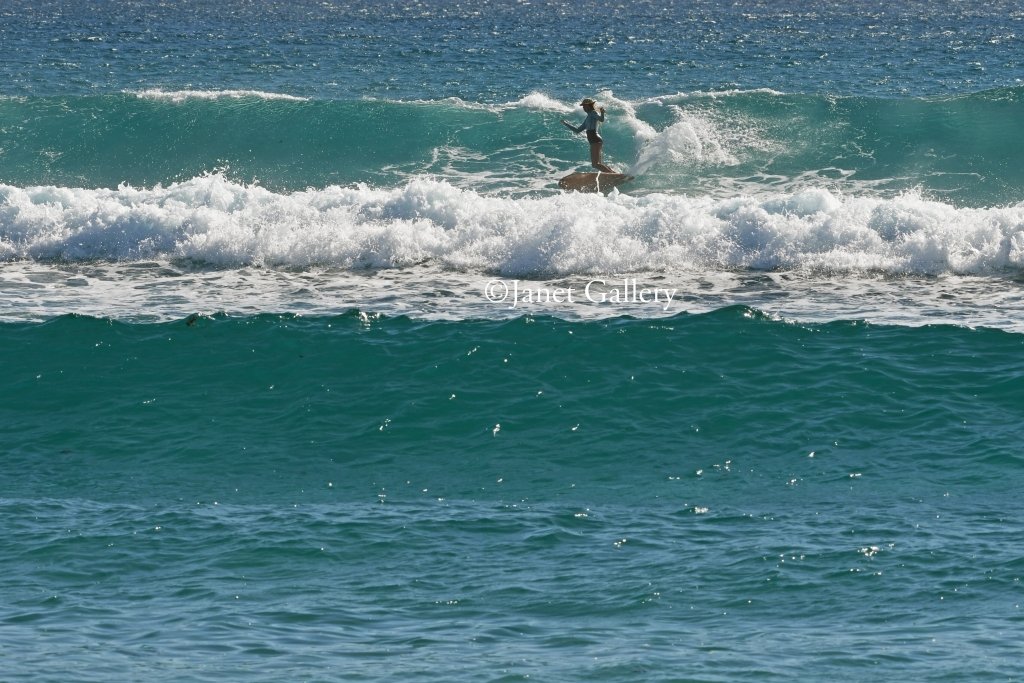 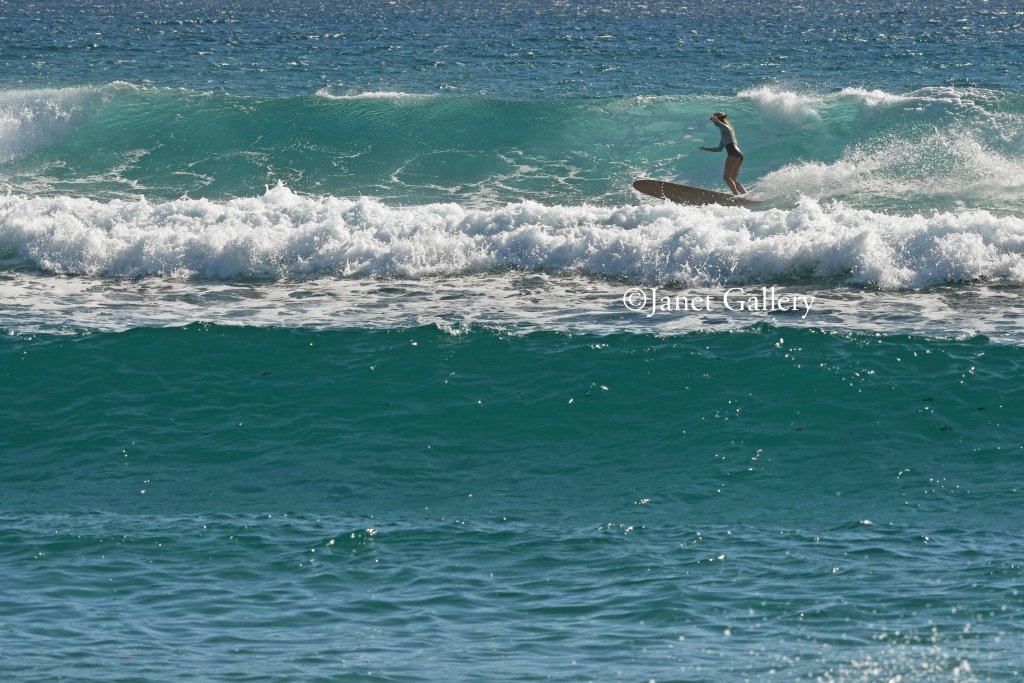 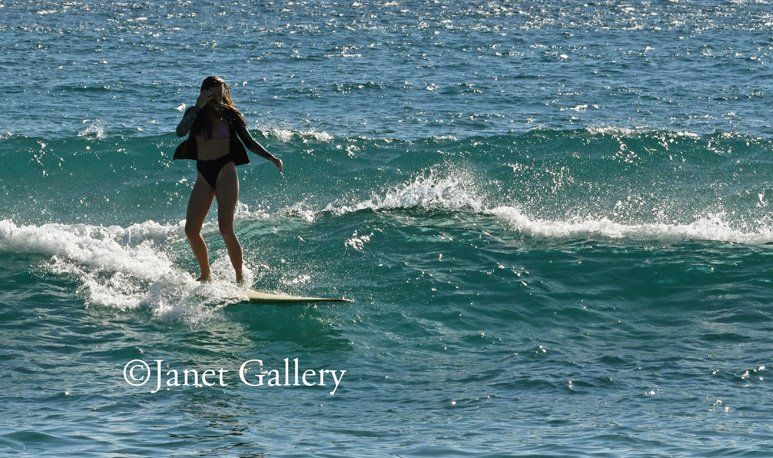 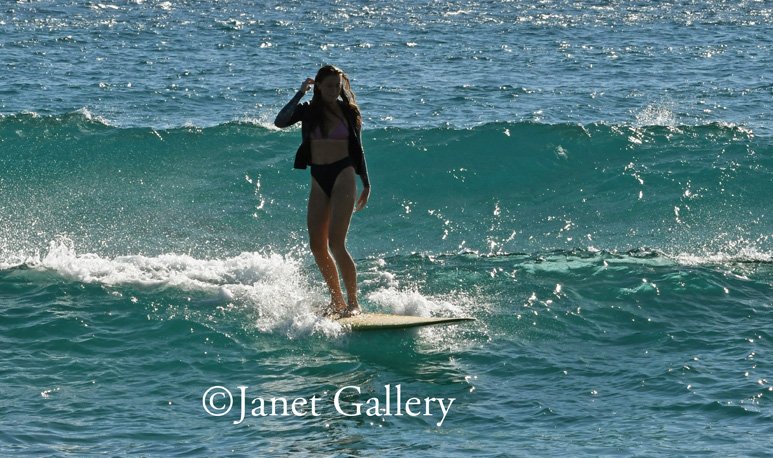